Someone recently described to me that, in an interview, he was asked to implement a function that would only run once, even if invoked multiple times. This immediately made me think of Ramda—my go-to JavaScript library (think Underscore or lodash, but with a little more functional programming flavor)—and its once function:

Great, once “accepts a function fn and returns a function that guards invocation of fn such that fn can only ever be called once, no matter how many times the returned function is invoked.” Getting back to the original question (i.e., in an interview), this would be one kind of answer. It would show knowledge of the JavaScript ecosystem, some of its libraries (and why to use them), and how to apply it to a specific problem.

That said, let’s go deeper—how would we implement once from scratch? Since Ramda’s implementation worked so well for us, let’s look no further than Ramda. Looking at the source, it’s relatively straightforward to see what’s going on:

Let’s ignore _curry1 for now (though we’ll get to it), and rewrite as follows: 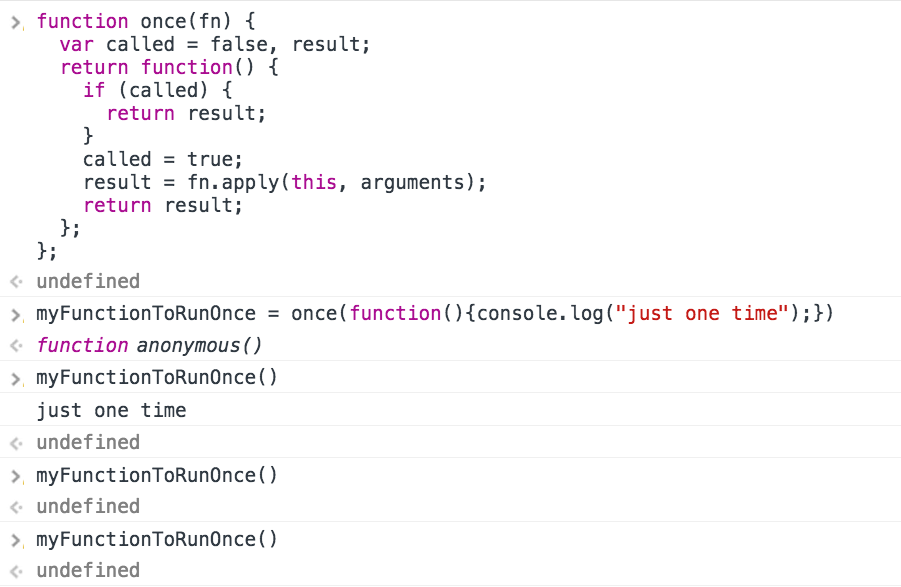 And there we have it! So what’s actually happening here? The first several lines are simple: we declare the variables called (initialized to false) and result, return result if called is true, otherwise set called to true and then assign result = fn.apply(this, arguments);.

What is that line doing? It’s using apply(), which “calls a function with a given this value and arguments provided as an array”. It’s a way of dealing with scope, making sure we pass the right value of this to fn. In our example above (console.log...), this isn’t an issue, so we could plausibly replace the line in question with result = fn(arguments);.

It is an issue, however, when scope and this matter. For example, using Ramda’s example of wrapping an addOne function (var addOneOnce = R.once(function(x){ return x + 1; });) using once, we can see that not using apply() (left) breaks the adding behavior, but it works when using apply() (right). 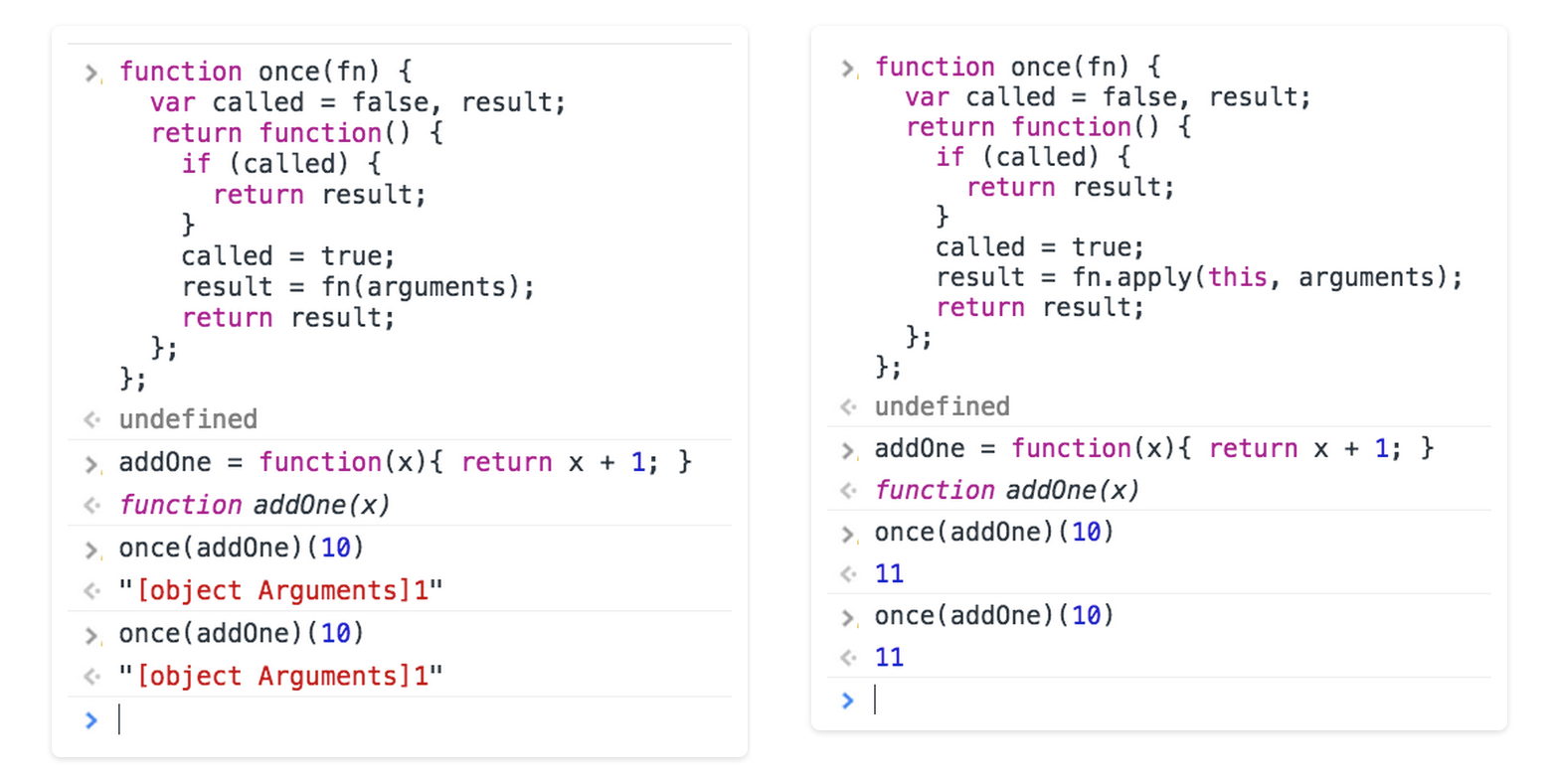 And that about concludes this post, with one open question remaining: currying? Ramda’s implementation of once uses curry1, in keeping with its API (functions first, data last) and functional style. Currying is just a way of turning a function that expects n parameters into one that, when supplied less than n parameters, returns a new function awaiting the remaining parameters. It’s a handy way that Ramda enables us to build functions, pass those functions around as first-class objects, and call when ready. Back to our once examples, currying is what’s happening when we call once(addOne) and see function anonymous(). once(addOne) expects one more parameter, so we call once(addOne)(10) and get 11.