When we submit pull requests on BitBucket, my coworkers and I will generally draw attention when they are net-negative, removing more lines of code than they add. In some cases, it’s pretty obvious—entire files being deleted, etc. Oftentimes, however, it requires doing a bit of mental math to tally the difference between lines added and lines removed. For that reason, it’s gratifying to “scratch my own itch” by installing this extension to do it for me. 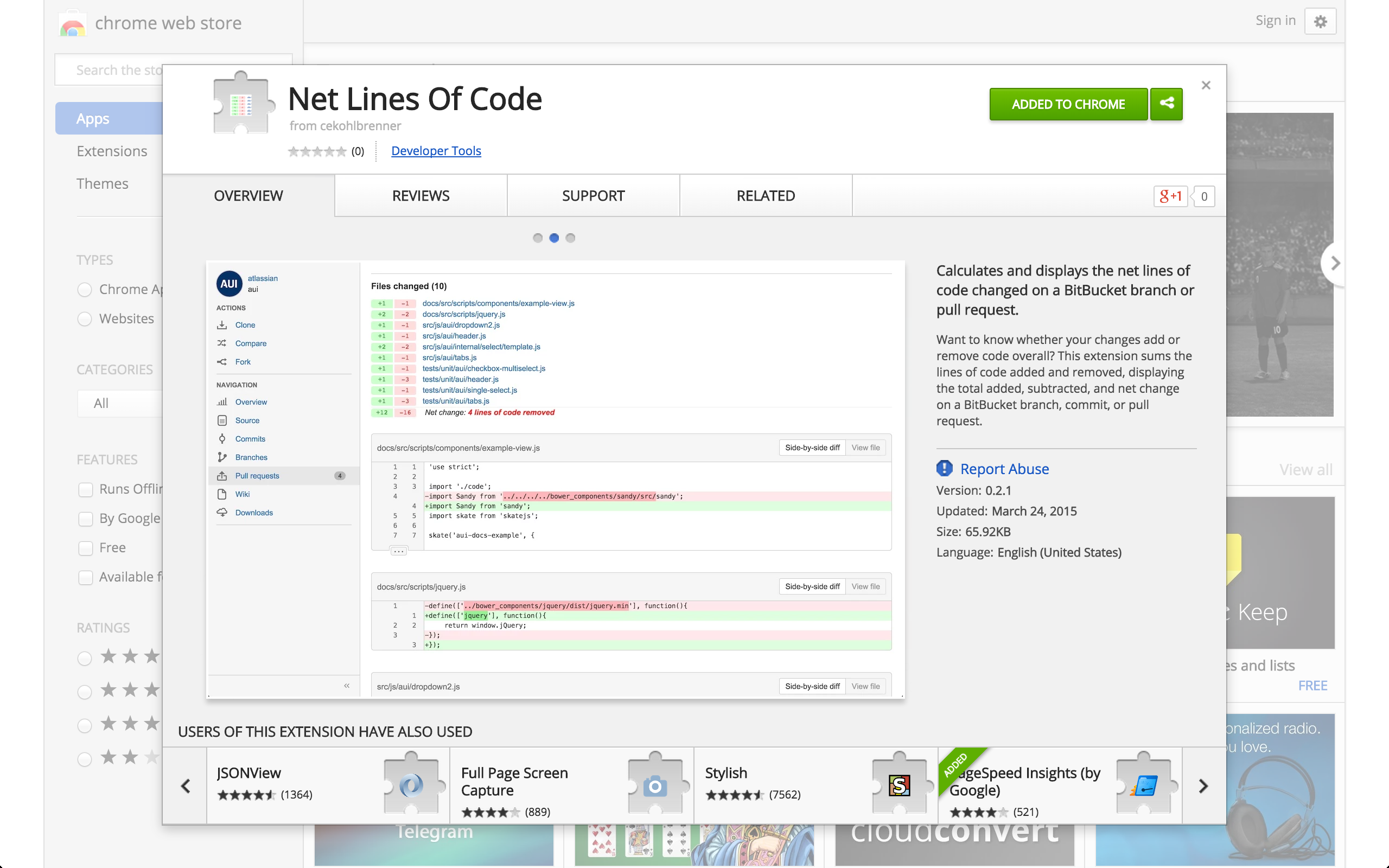 The “problem” already had a solution of sorts, in the form of a short jQuery script a coworker had pulled together:

A simple solution that, when run in the browser console, would log the offset. I just wanted to make it even simpler by removing that one extra step. That meant setting up a Chrome extension, which was a far easier process than I thought it might be.

Google’s documentation is pretty clear and helpful
Lifehacker has a decent intro tutorial.