In the last couple days we’ve moved from Sinatra to Rails as our Ruby framework. There are actually several Ruby frameworks, but we’ve focused on Sinatra (as our small introductory framework) and now Rails.

According to the intro to the Ruby on Rails Guides:

“Easier”, “assumptions”, “less code”, “more fun”. How does Rails accomplish this? It mostly comes down to valuing convention over congifuration, equipping the programmer with a conventional setup rather than requiring him to configure it every time. One way Rails enables this is through generators. 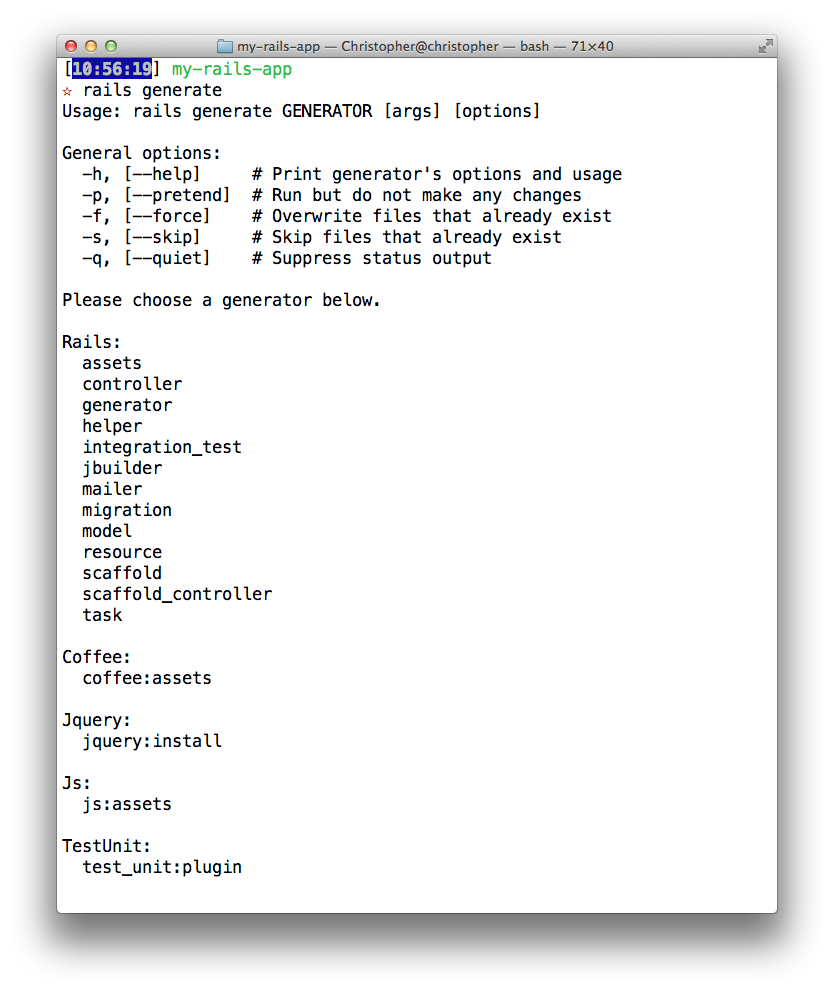 Using rails generate (or the aliased rails g command) gives developers access to a number of generators, which “will save you a large amount of time by writing boilerplate code, code that is necessary for the app to work.” The list of Rails generators are depicted below (and can be accessed by simply running rails g), specifically in the “Rails” section of the options.

My main focus (for now) is on the following five generators, since they’re the ones I’ve already used in building basic MVC apps: controller, migration, model, resource, and scaffold. 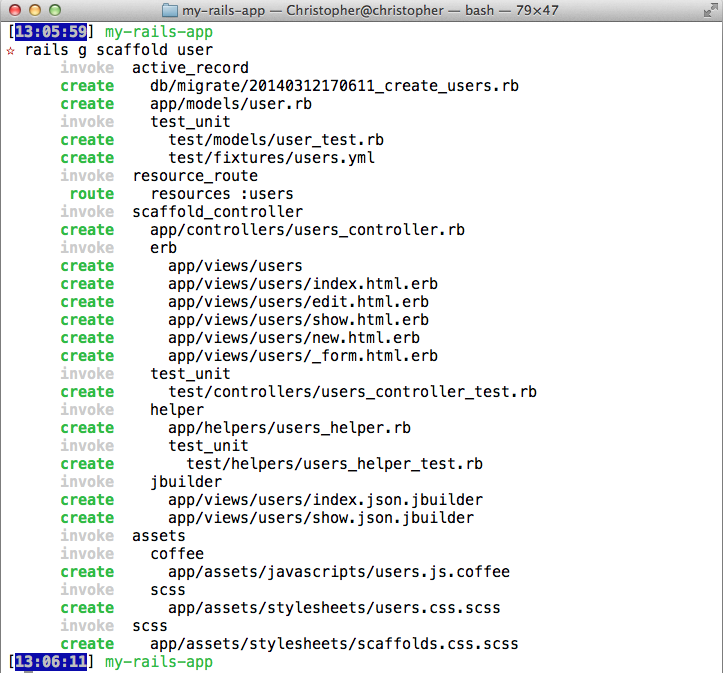 I want to sort out exactly what happens when each generator command is run. Quite simply, there’s a big diference between running rails g migration [migration name] and rails g scaffold [resource name], as you can tell by the images to the right. There’s obviously a big difference there, between the broad strokes of rails g scaffold and the surgical addition of a single migration file with rails g migration. That difference boils down to a high-level generator vs. a low-level one.


Why does this matter though?

As Avi told us, “we always want to generate the least amount of code possible.” He encouraged us to “use the lowest level generator you can to get all your functionality” because, the programmer should dictate the direction of the application, not be driven by the Rails framework.


It’s easy enough to play with the different Rails generators to see what they do, but—in the interest of minimizing the number of files and lines of code we create—this table lays out some really basic data.

All that aside, it’s always really easy to figure it out—rails g [generator] will list the usage, options, description, and example of a given generator.