“Live in the command line.”

One of earliest instructions in week one was to “live in the command line.” Avi described that computers should be more than the media consumption devices they are to most users. That everything we need to do on a computer can be done exclusively from the shell. That, as programmers, we need to make the command line our home.

Rest assured, I can’t and won’t answer all of those questions in their completion. I’m keeping a narrow scope, as Avi instructed, looking to understand a few specifics rather than write a book on computing.

In a couple minutes, these terms and definitions will fit into a more cohesive framework.

With those definitions in mind, the framework in the image below may be helpful. 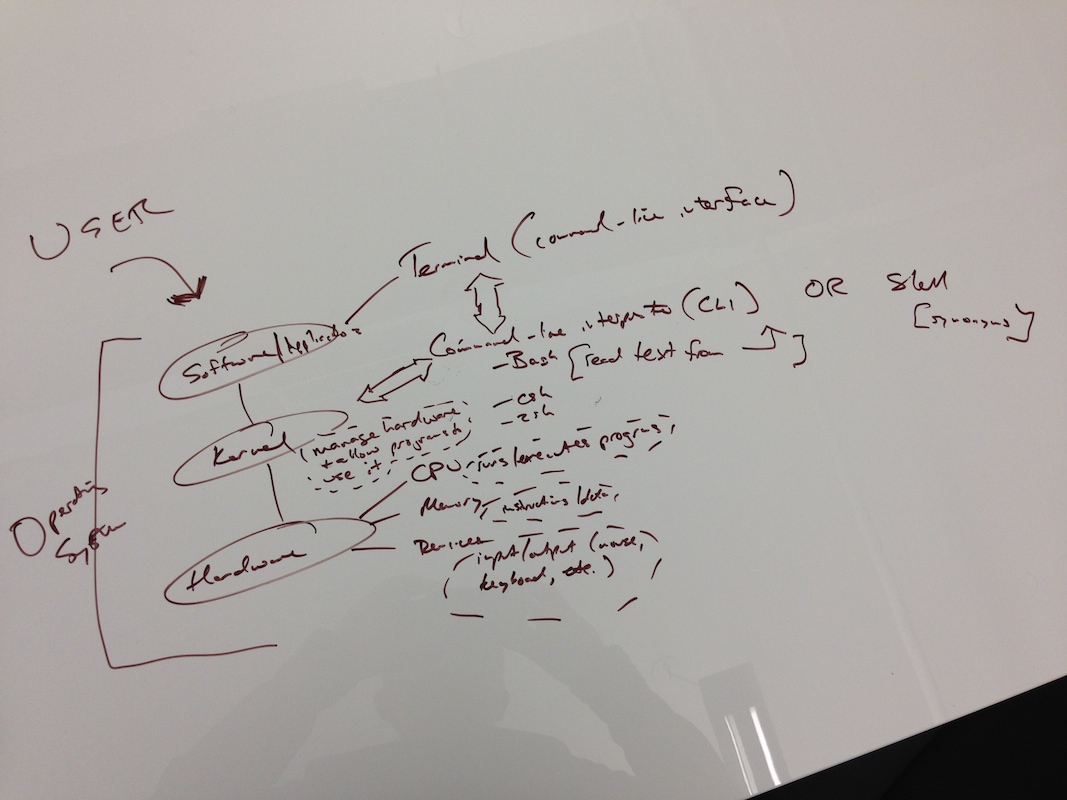 Just kidding—look at this one instead. 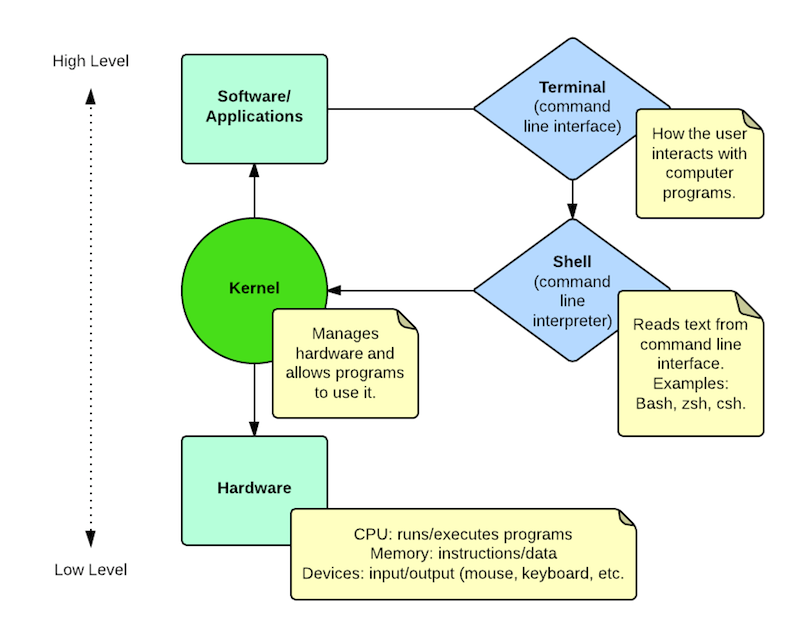 The left side of image includes the hardware (which includes the CPU, memory, devices, etc.) and the software applications (which includes all the applications we know and love) bridged by the kernel. As was defined earlier, the kernel manages the hardware and enables programs to use it. It is a fundamental part of a modern computer’s operating system. It’s hugely important. And it is where the terminal and command line come in.

Go back and reread the definitions; you’ll notice an order to the terms. They appear from highest to lowest level, from the graphical user interface of the Terminal application to the kernel, a core piece of the machine’s infrastructure.

That’s all I need to know for now; I’ll leave it to people much smarter than me to explain the kernel. Suffice it to say: that interaction between the Terminal, CLI, and kernel is what enables us, as programmers, to type simple lines of text that are also very powerful commands.

My main takeaway is this: I now know what I mean when I say I’m using the command line, or Terminal, or the shell, or Bash, etc. We were pointed to this Chinese proverb recently:

Perhaps by recognizing these subtle differences I can attain programming wisdom.

One final idea: metaphors. So much of our computer is made up of metaphors: windows, the screen, double-clicks—all metaphors for something else the computer is doing. When Avi introduced us to Alan Kay recently, he introduced the idea that by inventing the GUI Kay introduced a metaphor—a tool that makes the user’s life easier—for a given process. If nothing else, think of the terminal as exactly that: a (high-level and vastly simplified) metaphor for the kernel’s management of the underlying processes running on the machine.